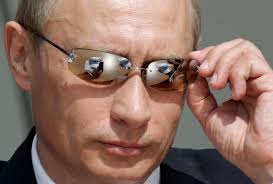 The President will visit China on November 9-11 to take part in the 22nd Asia-Pacific Economic Cooperation (APEC) summit.  Mr Putin will hold talks on the first day of his visit with President of China Xi Jinping. The two leaders will discuss bilateral cooperation and current international and regional issues. They will also examine and discuss their respective countries’ positions on the main issues on the agendas for the upcoming APEC and G20 summits. A number of bilateral agreements are expected to be signed following the talks.   The President will take part in the APEC summit’s work on November 10-11.
On November 10, Mr Putin will address a special meeting of the APEC CEO Summit on Asia-Pacific region’s cooperation with Russia, and will take part in the traditional meeting between the APEC leaders and the members of the APEC Business Advisory Council. The summit’s plenary sessions will take place on November 11, and will be devoted to deepening regional economic integration, strengthening the APEC economies’ interdependent ties, carrying out structural reform and facilitating sustained growth in the region.
INC News, 05/11/2014
Posted by Unknown at 4:08:00 PM No comments:

Flanked by mountains of potatoes in a central Paris square, irate farmers Wednesday handed out free fruit and vegetables to all comers in a protest against cheap imported produce.Organisers said between 700 and 800 farmers from the Paris region showed up for the demonstration, bringing in some 60 tonnes of potatoes and 20 tonnes of onions, apples and pears, all grown in the region.A banner reading "I want to eat French products today and tomorrow" stretched across a monument in the middle of the square. "Let us grow French," shouted Arnaud Rousseau, head of a regional farmers union, FNSEA. Their farms are threatened by the collapse of prices for cereals, milk and vegetables, caused in part by the sanctions on Russia, said another union leader, Damien Greffin.
INC News, 05/11/2014
Posted by Unknown at 3:50:00 PM No comments: