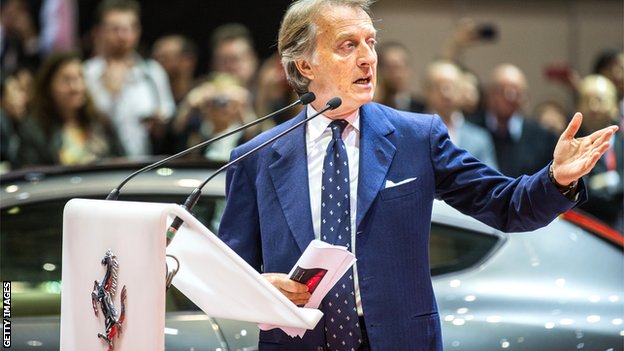 Ferrari's Luca Di Montezemolo is to step down as long-time chairman of the Formula 1 team. His departure follows a poor season on the track and disagreements with Sergio Marchionne, chief executive officer of parent company Fiat. "This is the end of an era after almost 23 marvellous and unforgettable years," said Di Montezemolo, 67. "It has been a great privilege."
Marchionne will replace Di Montezemolo, who leaves the role on 13 October. Ferrari have not won a drivers' or constructors' title since 2008 and are in the midst of their least competitive season for 20 years. The team had their worst result of the year at the Italian Grand Prix on Sunday when Fernando Alonso retired with a hybrid system failure and team-mate Kimi Raikkonen finished ninth.
It is in stark contrast to their dominance of F1 in the late 1990s and early 2000s when seven-time world champion Michael Schumacher led the team to six consecutive constructors' championships.
INC News, 10/09/2014
Posted by Unknown at 11:52:00 AM No comments: 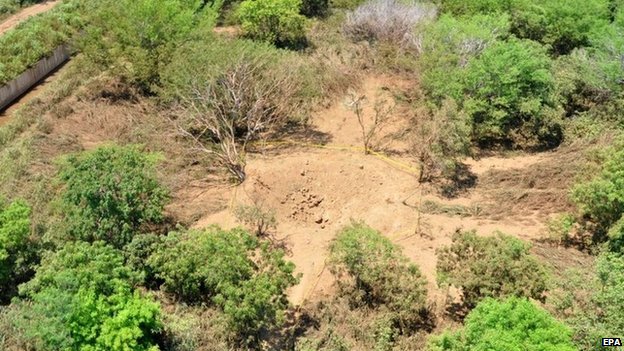 International experts have raised doubts as to whether a 12m-wide (40ft) crater near the Nicaraguan capital, Managua, was caused by a meteorite. Nicaraguan officials announced on Sunday that a "small meteorite" had come down near the airport. But Nasa scientists say the fact that no-one reported seeing a fireball in the sky would suggest it was caused by something else.
So far no meteorite fragments have been found in the crater. An adviser to Nicaragua's Institute of Earth Studies (Ineter), Wilfried Strauch, said he was "convinced it was a meteorite" which caused the impact. But Head of Nasa's Meteoroid Environment Office Bill Cooke said that "for something to produce a hole in the ground that big, it would have generated a very bright fireball, and nothing was reported".
Managua has a population of 1.2 million people and many residents reported hearing a loud bang and feeling a shock wave. Victor Gutierrez, a mechanic who lives less than a kilometre from the site of the crater said that he "heard the explosion and felt the shockwave, which was very strong''.But he stressed that he "didn't see anything in the sky either before or after." Jaime Incer, a scientist who advises the Nicaraguan presidency on environmental matters, said it was possible nobody was looking up at the sky when the event took place close to midnight.
INC News, 10/09/2014
Posted by Unknown at 11:49:00 AM No comments: